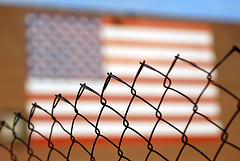 A 1996 federal law required the deportation of any non-citizen (legal immigrant) convicted of an aggravated felony.  The law did not clearly define the term “aggravated felony” which left the task to individual courts.  Before this immigrants could ask for leniency if they had a job, a family or other ties the the United states. When a felony conviction is determined by the court to be “aggravated” it calls for greater sanctions at the time of sentencing.

Jose Carachuri-Rosendo,  a lawful permanent resident of the U.S., was convicted in Texas of possession of marijuana (two ounces).  He was sentenced to 20 days in jail.  He was later convicted of possession of one Xanax pill and received an additional 10 days in jail.  Since this was his second conviction of a drug offense, it qualified as an aggravated felony.  Consequently, Jose was deported.  Through his attorney he challenged the interpretation of the law and appealed his case over the next five years.

In June, 2010, the United States Supreme Court  ruled unanimously (9 to 0) against the routine deportation of legal immigrants for minor drug possession convictions.  They stated that deportation in those cases was not the intent of the federal law.