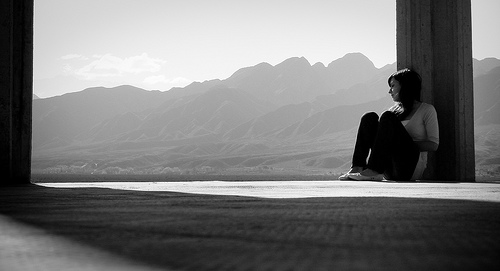 The following article is written by a teen who went through Teen Court for shoplifting. The article demonstrates the lessons she has learned since committing the offense. The writer’s name has been changed for confidentiality reasons and so he/she can remain anonymous.

My name is Ashley and I am fifteen years old. I am a child whom feels the need to give a copious amount of apologies to many people for the mistake I made on February 8, 2010. I know, and I am sure people who are reading this know that I have made a mistake prior to this one, but I am very thankful I have been given a chance to be heard once again.

This mistake is also a mistake I would have to say I regret terribly. This mistake I know for a fact, at the bottom of my heart will not be one that I will ever repeat again. I assume you ask how I know that this is something that has stopped for sure. My reason is simply this; I have been around a very negative environment for quite some time now, which is an environment I would not recommend for any child of any age to endure. 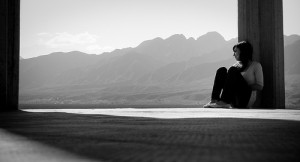 Within this environment I was given a lot of responsibility and had to make sure I stayed on top of it. My responsibility was to take care of three kids, sometimes four, that did not belong to me. All of the kids were under the age of eleven. Not only was I basically raising three to four kids I was being touched by my mom’s boyfriend who is also the father of the four kids. When I was given this responsibility and also going through what I had been going through, I did everything and anything for the kids no matter what it took. I wanted to give them so much at times so they wouldn’t see how hard times were.

I am going to school now, and focusing on what a teenager should be focusing on…to get good grades, stay involved as much as possible, and work on getting into college.

We did not always have money; and the little money that we did have my mom and her boyfriend would usually spend on their drugs and alcohol, and the food stamp money we received every month she would trade for her weed. Towards the end of January my mom realized she had no money for rent again, and made the “wise” choice that we would have to be moving to another unit that was cheaper.

So the 8th of February had come, my family was being kicked out and we had no food to eat. After school that day I went to the mall and got caught stealing from Burlington Coat Factory with some of my friends. I didn’t go to the mall thinking about stealing, but on my way out that is exactly what I had done. Most teenagers like my friends would steal for themselves. I, however, was stealing for my siblings whom, at the time, I felt needed those items.

Although from my story I bet you are thinking; why would I have chosen such a bad route? Well, I ask myself the same thing now. Except now I can answer that question for myself with; what could I have done differently? To answer that question it is simple that I need to do one thing and one thing only. That is simply to speak up when necessary and to find the help I may need or my siblings may need at the time.

I never would have thought that the two words, “Help Me”, could have done so much to change my life around.

I never would have thought that the two words, “Help Me”, could have done so much to change my life around. I am in a complete new environment now; and this one consists of no issues. I am going to school at a new school now, and focusing on what a teenager, like me, should be focusing on. That is simply to get good grades, stay involved as much as possible, and work on getting into college. I am making better decisions now that I have less to worry about and less that I have to take care of. Now I have the best support system any child can ask for that is behind me no matter what.

My name is Ashley and I have made the choice to better myself.