If teenage Donald J. Trump had appeared in my court . . . 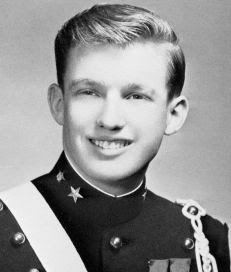 How would I have dealt with Donald J. Trump had he appeared in my court during his teen years? You may recall the Texas teen, sixteen year-old Ethan Couch, who drank some beer with friends and then drove his truck 70 m.p.h. in a zone posted at 40. He hit and killed four pedestrians. His defense argued to the court that Couch suffered from “affluenza,” a so-called  rich kid’s syndrome essentially blaming his behavior on his parents for not teaching him right from wrong. The court apparently accepted this position and sentenced Couch to ten years probation.*

I spent over two decades in juvenile court and saw an average of fifty families each week. The majority of teens were there for minor offenses including truancy, shoplifting, trespass, minor property damage and possession of marijuana. Most were first-time offenders and never returned to court. A few community service hours, a class or a few counseling sessions usually brought about the desired results.

On the other hand, when a juvenile was a regular visitor to my courtroom, harsher consequences had to be imposed. A weekend or so in detention or, in the worst cases, commitment to the state department of juvenile corrections was always an option. The juvenile and the parents were warned in advance of what was to come if things didn’t change.

This past year of election antics by the Republican nominee for president, Donald J. Trump, has made me pause to consider how I would handle such behavior. His well-known insensitivity and derision of minorities, women, immigrants, religion and the disabled would present a challenge to any judge attempting to right his moral ship. A single consequence would, in fact, be no consequence.

A repeat offender with characteristics displayed by Trump would call for an intensive rehab program starting with a full psychological evaluation to determine the root causes of his misogyny and xenophobia. What happened in his childhood to produce such a loathsome adult? What precipitated his emotional and intellectual arrested development? His intolerance of others and penchant to belittle and mock all around him is on display for the world to view. We have less than three months left of this reality show before the final curtain drops. It can’t come too soon.

Be sure to register to vote in the November 8, 2016 election. When election day arrives, make sure you get to the polls or mail in your absentee ballot on time. The future of America, indeed the world, depends on it. A 70 year-old adult with affluenza cannot ascend to the White House.

Update: We are now nine months into the Trump presidency. The situation is worse than anyone expected or anticipated. The United States is being cautiously watched by the rest of the world. What will this tyrant do next? Are we on the brink of nuclear war because of his never-ending tweets that do nothing more than incense world leaders and fellow Americans alike? Congress has done very little for the average American over the past eight years. Once again they stand idle in the face of a national and possibly international disaster. Every cabinet member, senator and member of the House of Representatives took an oath to uphold the Constitution. The 25th Amendment is part of the Constitution and should be considered carefully and quickly to rid the nation of this cancer on our democracy. This president is mentally unstable and not capable of exercising the duties of the office. He needs to be removed immediately. Watch this short video from the Washington Post explaining the process to remove a President from office under the 25th Amendment:

*Couch violated his probation and, in 2016, was sentenced to two years in jail.