“Teens do not use email” & more 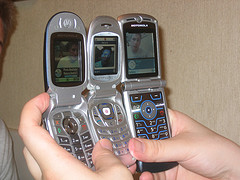 In July, 2012, the Pew Research Center published a report titled “Teens 2012: “Truth, Trends, and Myths About Teen Online Behavior.” The Pew Center is a nonpartisan “fact tank” based in Washington, D.C. whose mission is to provide high quality, objective data to leaders and policymakers. Data for this report was collected from adults and teenagers across the country by cell phones and land lines.

We present below some of the findings from the study. Go to the full report from Pew for more.

Texting has become so popular that some reports indicate that teens are texting while asleep at night, waking up and not remembering that they did. Sleep-texting is an issue that must be studied and viewed as a disturbing phenomenon among our youth. (from WebMD Magazine, May 2012).

In May, 2012, the city of Ft. Lee, New Jersey banned texting while crossing the street. Violators may receive an $85.00 ticket.