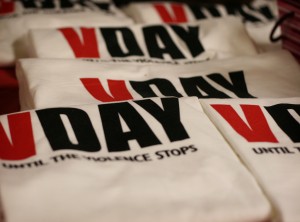 High school newspaper tries to get attention and raise awareness

15-year-old Richard Edmond is the editor of Le Sabre, his high school’s newspaper. For the Valentine’s Day issue he tried to raise awareness of violence against women with a lead story about the play “Vagina Monologues.” Splashed across the front page under a hot-pink headline reading “Have a Happy Vagina Day!” was a labeled diagram of a vagina. 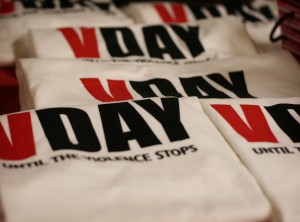 Grover Cleveland High School administrators seized all remaining copies as a potential disruption to the school stating that this is a high school, not Hollywood Boulevard. Student journalism obviously has educational value but this issue apparently crossed the line of acceptable writing. Editor Edmond was quoted as saying that “On Valentine’s Day, more date rapes take place than on any other day of the year.”

Did Le Sabre cross the line in appropriate student journalism? Could the issue of violence against women be approached without the theatrics? Or does shock have value in generating discussion of a serious subject?

Find out more about censorship at school.

In October, 2012, sophomore Brianna Demato, age 15, wore a red T-shirt to school that read “I enjoy Vagina.” She was told to remove the shirt or leave  school since it was disruptive. Brianna called her mother who defended her daughter to the principal saying she is who she is and has a right to wear the shirt. Brianna stated that “It’s hypocritical.” She insisted she’s worn the flirty shirt to  school dozens of times without incident. “They use the word in class — why can’t  I, on a shirt?” Brianna goes to school in Newtown, New York.
Read more: http://www.nydailynews.com/new-york/education/queens-student-home-explicit-t-shirt-article-1.1173342#ixzz28TRuvedu 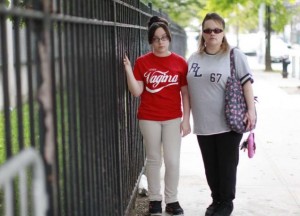 Brianna and her mother, Cathy