What is a “free-range” kid? 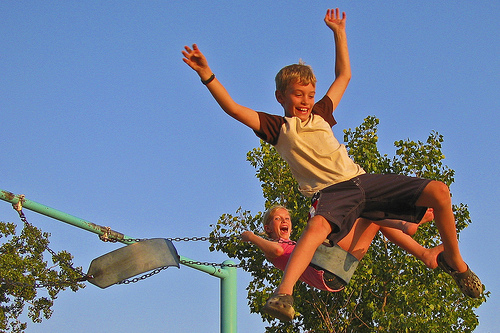 Did you know there are laws setting age limits for children being left alone in public? This applies to teen parents as well as adults.

The purpose of the laws is to keep children safe from harm. Children left in cars for extended periods, or allowed to play at the local park while the parent goes to work are examples of “free-range kids.” At what age do you draw the line for government intrusion into family matters? 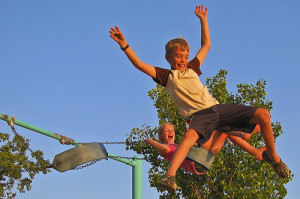 Recent cases of arrests include a mother in Florida arrested for letting her 7-year-old son walk to the park; or a single mother arrested for allowing her 9-year-old to remain at a nearby playground while she worked. Another mother was arrested in South Carolina for a similar situation.

In Maryland, the parents of a 10-year-old and 6-year-old are under investigation for letting them walk about a mile home from a park. When stopped by the police, it was noted that they weren’t carrying their cards that read “I am not lost. I am a free-range kid.” Their parents explained their child-rearing stance by stating we “think it’s absolutely critical for their development–to learn responsibility, to experience the world, to gain confidence and competency.”

Be aware of your state’s laws on this subject. Those of you who are under 18 and have a baby, never leave him or her in the car for any period of time without supervision. Anything can and has happened: mechanical problem with the car that endangers the child; kidnapping, suffocation, or death from extreme heat or cold.

Update: In 2018, Utah became the first state to pass a free-range law for parents and their kids. It clearly states that neglect does not include allowing your child a degree of independence, including going to and from school by bike, walking or running; going to and from parks or stores; outdoor play, remaining in a car unattended with some exceptions; or staying home alone. This is if the child is of sufficient age and maturity to avoid harm or unreasonable risk of harm. (Utah 78A-6-105).

Take a look at www.freerangekids.com for information. Judge Tom explains the legality of free range parenting in the video below.