Do my parents have to support me after they get divorced? 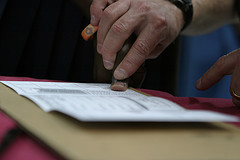 Child support is a hot issue. Headlines scream “Deadbeat Dad Jailed,”and names of nonpaying parents are displayed on billboards and wanted posters. Law enforcement officials plan sting operations and holiday arrests.  Such tactics have brought millions of dollars to families on welfare because of non-paying parents.

Why are fathers going to jail?

What if mothers miss a support payment?

First, all parents have a legal duty and obligation to support their children. This includes divorced parents and those who never married. The duty to support a child means providing financial assistance to the custodial parent for the basic necessities of life— food, shelter, clothing, medical expenses, and education.

The obligation may apply to either parent—mother or father. The court looks at the whole family situation, including both parents′ earnings, standards of living, and debts, and the ages and needs of the children. Guidelines exist to help the court arrive at a fair child support figure. Once the amount is determined, the court makes an order and payments are scheduled to begin, usually on a monthly basis.

As children get older, support payments may be increased as the children′s needs change and the cost of living rises. If a parent misses a payment or is occasionally late in paying, any dispute will probably be resolved without going back to court. However, if no payments are made, this becomes a serious matter. There′s now a nationwide crackdown on parents who are behind in their payments. Why? Because taxpayers are paying millions of dollars to families on welfare who aren′t being supported by responsible parents. 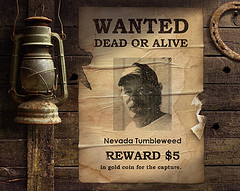 States are trying various methods to get parents to pay their child support. Some states are going public with billboards and wanted posters in an effort to embarrass “deadbeat” parents into paying. In Arizona, a parent who falls one month behind in child support payments can have his or her professional license (medical, law, therapist, etc.) or work permit/certificate suspended.

If your parents are divorced, their duty to support you continues until you turn eighteen or are emancipated. Some states require child support to continue after your eighteenth birthday if you′re still in high school. Once you graduate or get your Graduate Equivalency Diploma (GED), the legal obligation to support you ends. A number of states extend the support obligation beyond eighteen if you′re physically or mentally disabled.

Your parents may agree at the time of the divorce to cover your college or technical school expenses. This will obviously extend support past your eighteenth birthday, and such an agreement has been determined by the courts to be valid and enforceable.

Even if you′re a teenage parent, you still have a duty and obligation to support your child(ren). Some states require the parents of a teenage mother or father to assist in the baby′s support, but the birth parent, regardless of age, carries the primary responsibility.