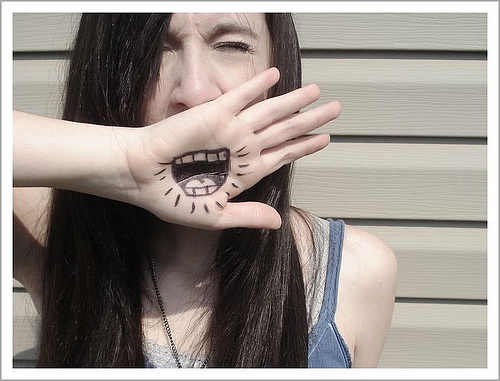 At one point or another we all cover the “Bill of Rights”  in history class, but somewhere in the teacher’s lectures and the extravagant archaic language of the  forefathers, the constitution’s connection to you is often lost. You might even lose sight of the document’s importance because you’re being pounded over the head with non-concrete allusions to the fact that it is important. You may wonder why you should care. Why should an old legal document written by men who have been dead for over a hundred years matter to anyone other than the spiders who can spin their webs across the dusty documents? Wonder no longer, because you’re about to learn why, and see how the bill of rights is not just an old piece of paper, but the key to understanding and taking advantage of your individual rights.

The constitution is the skeleton of the entire legal system, and yes it is old. But if we look at the law (which exists to protect and serve you) as a body it cannot stand without its foundation and basic bone structure- your rights.

The “Bill of Rights” refers to the first ten amendments of the U.S. Constitution. Obviously many more amendments exist (including the famed 13th, 14th, and 15th or civil war amendments). The Supreme Court uses all constitutional amendments as a guide in each case it approaches, and the resulting verdicts effectively alter federal law. The constitution lays out the rights of the American people, and provides the blueprint upon which the government was built, and functions today. Now, let’s take a look at the Bill of Rights, and its application in your life.

Congress shall make no law respecting an establishment of religion, or prohibiting the free exercise thereof; or abridging the freedom of speech, or of the press; or the right of the people peaceably to assemble, and to petition the Government for a redress of grievances.

Translation: The American people (you) have a right to freely practice and establish a religion. You have the right to speak freely, and the press has freedom to print what they will. You may meet peacefully, and address your displeasure with the government. No laws can/will be made that interfere with these rights. 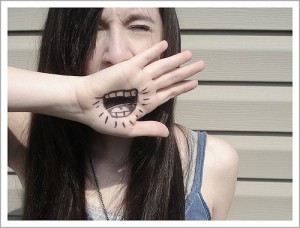 Relevance: This amendment guarantees a right to free speech, expression, and religion. Your speech is protected. Your faith is protected. It is important to understand this basic right, to address its violation, and realize what it guarantees you. The amendment has protected forms of expression (relevant to teens) including: books (Rosenberg v. Board of Education City of New York and Todd v. Community Schools), magazines in school libraries (Salvail v. Nashua Board of Education), and poetry written by teenagers ( Right to Read Defense Committee v. School Committee of the City of Chelsea). Under the category of religious freedom the amendment has allowed church groups to convene on school property and decided that open public forums can be venues for virtually any form of  political or religious gathering (Concerned Women for America, Inc. v. Lafayette County), among other things. It is also, lastly important to note that while the rights guaranteed under this amendment are powerful, they are also limited. For example, some obscenity and profanities do not qualify as protected speech (Miller v. California). Also certain books and profane materials are not protected under the First Amendment, and often as a result are not sold to minors (Ginsberg v. New York).

A well-regulated militia, being necessary to the security of a free State, the right of the people to keep and bear arms, shall not be infringed.

The Second Amendment is fairly brief, but highly controversial. The gist: The people have a right to bear arms. This amendment’s meaning is constantly questioned, because, as you can see above the wording is rather vague, and the specification of a “well-regulated militia” has proved ammunition for both sides of gun rights and fire-arm ownership debates.

The relevance of an amendment that guarantees the right to “bear arms” may enter your life only as an issue that taps into your ideals, or developing political principles as a teenager. Generally, you must be eighteen or older to purchase a weapon in the United States.

No soldier shall, in time of peace be quartered in any house, without the consent of the owner, nor in time of war, but in a manner to be prescribed by law.

Essentially, whether a war is fought on American soil or not, American soldiers cannot take over your house and possessions. This amendment arises largely from public displeasure with the behavior of British soldiers prior to and during the Revolutionary War. Soldiers would demand “quarters,” and without the consent of the property owners, commandeer houses and possessions.

The right of the people to be secure in their persons, houses, papers, and effects, against unreasonable searches and seizures, shall not be violated, and no warrants shall issue, but upon probable cause, supported by oath or affirmation, and particularly describing the place to be searched, and the persons or things to be seized.

The Fourth Amendment is extremely important. It guarantees the right of security in ones person. It restricts search and seizure to probable cause. This amendment is intended to protect the rights of the individual. This amendment makes warrants necessary for searches to occur. However, there are also many exceptions to the warrant requirement, but usually probable cause at a minimum is needed before a search can occur. It also ensures the sanctity of such warrants, by forcing them to be specific.

What this means to you: Teens have been subjected to search and seizure within their schools, creating a rather large pool of cases pertaining to this amendment. Ask the Judge has plenty of articles about teenagers and search and seizure cases, that could further your understanding of how your Fourth Amendment rights apply to you (in and out of school). One example of a case involving the 4th Amendment occurred in the 2002 case of Board of Education v. Lindsay Earls. Lindsay’s school conducted drug tests for students involved with all extracurricular activities including sports. Because the tests were performed without suspicion, Lindsay asserted that it violated the Fourth Amendment’s calling for specific cause to search. The Supreme Court, however, ruled that the school district’s actions were a reasonable measure towards drug prevention in schools.

No person shall be held to answer for a capital, or otherwise infamous crime, unless on a presentment or indictment of a Grand Jury, except in cases arising in the land or naval forces, or in the militia, when in actual service in time of war or public danger; nor shall any person be subject for the same offense to be twice put in jeopardy of life or limb; nor shall be compelled in any criminal case to be a witness against himself, nor be deprived of life, liberty, or property, without due process of law; nor shall private property be taken for public use without just compensation. 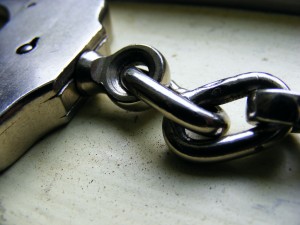 Okay, that’s certainly a mouthful, and possibly a run on sentence. What does it mean? Actually, the Fifth Amendment is a vital mapping of the legal system. This amendment demands “due process”. It says that no one can be charged for the same crime twice. Additionally, if you’re ever charged with a crime you do not have to testify against yourself. If your testimony damages your case you can choose to remain silent.

Can I plea the fifth? – what this means to me: This amendment guarantees you more rights, if ever you become privy to the justice system. It’s important to understand that you are subject to due process, and that you can plea the fifth, and that you cannot be charged with the same crime twice. An example of this amendment in action includes Hiibel v. Sixth Judicial District Court of Nevada. In this 2004 case it was determined that refusing to give your name to an arresting officer is not protected by the “self incrimination” clause. Also (though not determined by this case) the “self incrimination clause” does not allow you to plea the fifth to protect anyone other than yourself.