Is there a free speech right to a confederate flag license plate? 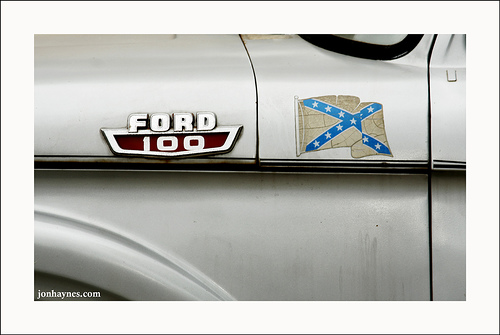 Once you get your driver’s license and eventually your own car, do you plan to request a special license plate with your own message? Often referred to as “vanity plates,” many states offer these for a small annual fee. You may be able to spell out a message like “IMKOOL” or select from a variety of logos offered by the state.

Texas, for example has 385 specialty plates. A recent request to add a new one commemorating Confederate soldiers has become a battleground in the courts. The request was denied because many view the Confederate flag as a symbol of slavery and oppression. 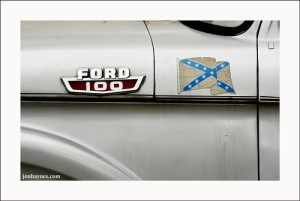 The issue is whether the displayed message is government speech since the state department of motor vehicles issues the plates, or does the message constitute the driver’s freedom of speech and is, therefore, protected under the First Amendment? It sounds like a simple matter but, oftentimes, these minor questions result in heated, constitutional debates.

We will learn soon whether the Confederate logo can be added to Texas license plates since the U.S. Supreme Court heard argument from both sides of the case in March, 2015. What do you think? Should the plate be allowed consistent with free speech, or does it cross the line of acceptable speech by the government?

Update:  On June 18, 2015, the Supreme Court ruled 5-4 that state may prohibit the placement of the Confederate flag on state-issued license plates.

On July 9, 2015, South Carolina Governor Nikki Haley signed a bill removing the Confederate flag from the state capitol grounds. It was ceremoniously removed on July 10, 2015 to be placed in a museum nearby.

Elsewhere:  In another license plate case, Indiana police officer, Rodney Vawter, applied in 2013 for a personalized plate stating OINK (“pig” is a generally recognized derogatory term for the police). His application was denied and he filed a lawsuit claiming a violation of free speech. The state cited a state law that prohibits plates that are “misleading” or carry “a connotation offensive to good taste and decency.” The Indiana Supreme Court heard arguments on the case in August, 2015, with a decision expected soon.