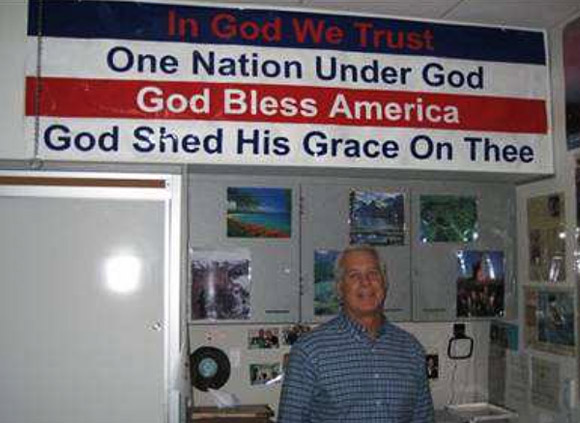 For twenty years, a math teacher in California hung banners with religious messages in his classroom. Some were 7 feet by 2 feet in size proclaiming the following: “God Shed His Grace on Thee,” “In God We Trust,” and “God Bless America.”

Bradley Johnson explained that this was his way of celebrating the religious heritage of America. When he transferred to a new school in 2007, he was ordered to take the banners down. Principal Dawn Kastner of Westview High School in the San Diego area stated they were “a promotion of a particular viewpoint.”

Johnson took the matter to court and succeeded in the federal District Court. He argued that the banners were no different than a Tibetan prayer flag, or a poster of Malcolm X or the Dalai Lama. The judge ordered the nine school officials who voted to remove the banners to pay Johnson a token $10.00 each. 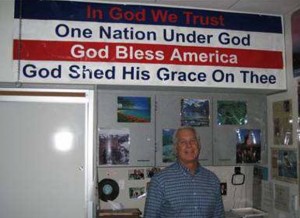 On appeal taken by the school district, the Ninth Circuit Court of Appeals ruled unanimously* against Johnson in September, 2011. The court stated that a school may set rules regarding workplace speech that would apply to teachers as well as other school employees.

Do you agree with this decision? Is it the size of the banner that you find offensive, the messages on them or both? Is there a difference between these banners and a prayer flag other than size? If Johnson appeals to the Supreme Court, which is his right, what do you think the Court will decide?