That’s right. In the Gonzales School District in Texas, starting in August, 2008, any 5th to 12th grade student who violates the school dress code will be given navy-blue coveralls to wear for the day. Or they can change clothes if they have a change at school, or go to in-school suspension instead.

The jumpsuits are made by Texas inmates and are meant to place students’ attention on education instead of clothes. Deputy Superintendent Larry Wehde said the point of the policy is not to embarass the students, but to cover them up, adding that Gonzales is a conservative community. Banned in the school district are T-shirts, spaghetti-strap tank tops, extra baggy pants and cargo pants. Also banned are earrings for boys, miniskirts and clothes that show underwear. 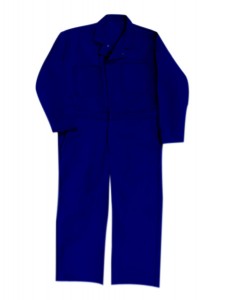 What do you think of the policy change? Could you live with that at your school? Some parents complained that their kids weren’t “little prisoners.” One student thought it may encourage kids to “rebel” to fit the outfit. What do you think?