7 Must Know Laws for Teens this Summer 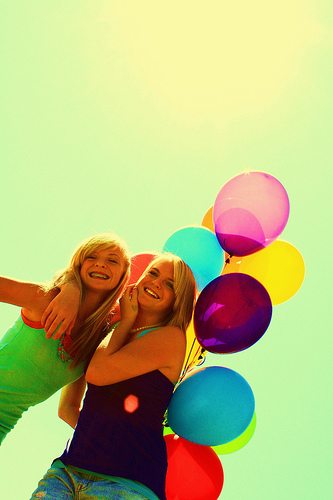 Okay, so we don’t want this summer to turn out to be a cruel summer for you. Summer is a great time to hang out with friends, catch up on some non-school related reading, swim, earn some extra bucks and just chill. However, having more free time on your hands can lead to risky and impulsive behavior. Keep the following laws in mind as your summertime fun begins.

1. Fun in the fake sun? Why would you even want to go to the tanning salon in the summer when you can get a healthy glow from playing outdoors? Not only is the sun and the UVA and UVB rays a cancer causing problem requiring hats, sunblock, etc., the risk of skin cancer from tanning beds jumps by 75% for those of you who begin using them before you’re 35 years old. At least two dozen states regulate the use of minors and tanning salons. Many prohibit anyone from under 14 from using a tanning salon, while older teens must get parental consent. 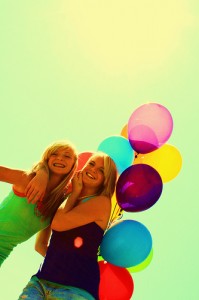 2. Baby you’re a firework. What goes better with the Fourth of July than hamburgers,  hot dogs and fireworks? Before you light up your sparklers, find out your state’s fireworks laws as they are not legal in all states and you may have to be 18 to purchase and/or use in other states. For example, only handheld and ground based sparkling fireworks are permitted in Arizona where the laws allow 16 year olds to purchase, but many cities throughout the state have banned them altogether making it a misdemeanor if anyone ignites a firework. Here is a map of each states’ fireworks laws and whether they are legal, illegal or restricted.

3. Curfew laws. In addition to being in trouble with your parents, you could be in trouble with the law for breaking curfew. You could be issued a ticket and have to pay a fine or complete community service hours if you are found by the police to be in violation of your state or city’s curfew laws. However, it’s common to receive a verbal warning by the police the first time they find you in violation. Some cities go one step further and punish the parents of kids who continue to violate curfew. Find out the laws in your city or state by Googling your state or city’s name and “curfew laws”. If you disagree with your curfew law, then you can try to get your law changed. Check out the story of this teen who successfully got his California city’s curfew raised from 10:00 p.m. to 11:00 p.m.

4. Underage drinking and driving. First of all, it’s an extremely bad idea to ever drink and drive as way too many lives are lost each year because of reckless and irresponsible drunk drivers. Most states have a zero tolerance policy concerning underage DUIs. In other words, anyone under the legal drinking age of 21 can be charged with DUI if they have any alcohol in their system or a small amount. For those over 21, if you have a blood alcohol content of .08 or greater, then you are facing DUI charges and penalties. However, if you are under 21 and your blood alcohol content is just above .00, then you may be facing charges in most states. Not to mention, a DUI arrest/charge for a minor in many states results in the loss of a driver’s license for up to one year.

5. Wasting time online. With more time on your hands this summer, you may spend more hours on Facebook, YouTube or just surfing the net. Don’t get sucked into digital drama as you don’t want to find yourself either the victim or the perpetrator of cyberbullying or cyberstalking. Do something good while online by volunteering at Sparked.com. This site allows you to volunteer by spending time on the Internet and not having to leave your house. 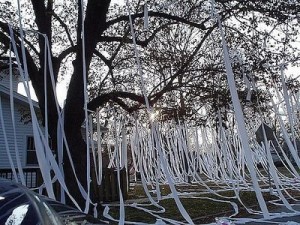 6. Beware of train tracks and slurpees. Summer provides plenty of hanging out time and long summer nights. Teens don’t always realize when they’re in violation of trespassing laws. Places that are often off-limits and may result in misdemeanor charges include railroad tracks, public parks after they’re closed and schools during non-school hours. Similarly, hanging out in a public place for an extended period of time, especially after being asked to leave, could violate a local or state loitering law. These laws aim to prevent aggressive begging, drug dealing and public nuisances. Sometimes, when there is nowhere else to go, teens end up in front of a 7-11 or gas station for an extended period of time. Check out this story involving the arrest of two photographers (paparazzi) for loitering on a street near Britney Spears’ home.

7. You’ve been punk’d. Attention all prank callers, TPers, eggers, mailbox smashers and others: when boredom strikes and leads you to coming up with all sorts of pranks and jokes, be sure to use some caution as you don’t want to get arrested for property damage, vandalism, etc. Perhaps try something new like planking, but be sure to be safe!