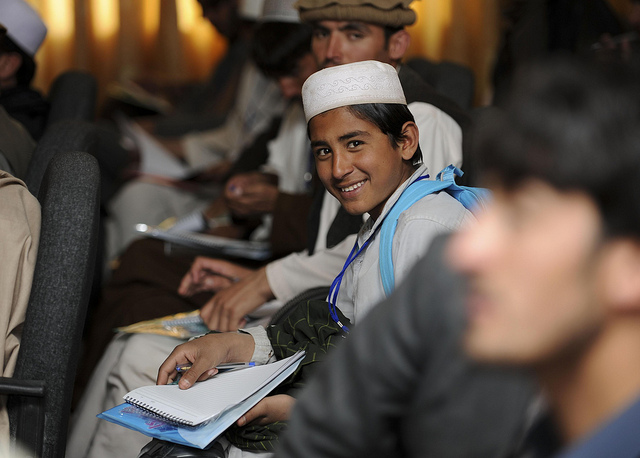 It is tradition in Switzerland for students to shake their teacher’s hand in the morning and after the school day. It is considered a symbol of mutual respect and goodwill. So much so that refusal to shake a teacher’s hand may result in a fine up to $5,000 on the parents or guardian.

This issue made world news in May, 2016, when two Muslim students in a small town in Switzerland were granted a waiver of this tradition based on religious grounds. The brothers, ages 14 and 15, explained that shaking a female teacher’s hand was against their beliefs as Muslims because physical contact with the opposite sex is allowed only with family members. In order to avoid claims of discrimination, the school also waived the need to shake male teachers’ hands as well.

The local education department voided the waivers, thereby requiring the boys to shake both male and female teachers’ hands at school. They explained that “the public interest with respect to equality between men and women and the integration of foreigners significantly outweighs the freedom of religion.”  The matter is under investigation with an outcome that may not be acceptable to everyone involved.

What do you think of this situation? Should the school respect the principles of Islam and the boys’ practice while at school? Or should the boys compromise while at school and participate in the practice that all students engage in? When do religious beliefs trump school rules?