Can my parents keep me from watching certain TV shows? 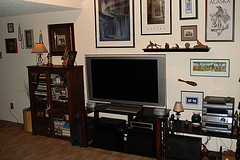 There′s an ongoing debate about the effect of media violence on young people. Numerous studies indicate a strong relationship between media exposure and the increasingly aggressive behavior and attitude of some teens. Young children in particular are highly impressionable and often fail to distinguish between fantasy and reality.

Of special concern is the violence shown on television. What used to be considered the family hour (6:00 to 8:00 P.M.), or children′s TV-viewing time before school and early weekend mornings, now often has programs with violent or mature themes. Research supports the conclusion that TV violence, including cartoon violence, causes children to be less sensitive to pain and suffering. It makes them more fearful of the world in general, and it may cause some children to become more aggressive. 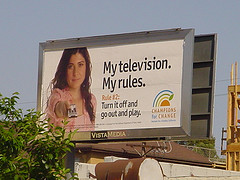 The answer to the opening question here is “yes.” As long as you live with your parents or guardian, they have the responsibility and authority over what comes into the home on TV, computers, cell phones, and any other method of communication.

The Children′s Television Act of 1990 limited commercials during children′s programming. In 1996, Congress passed the Telecommunications Act. This federal law requires televisions made from 1998 on to come equipped with a special computer chip (called a “violence chip” or “V-chip”) that allows parents to block certain shows.

The television industry agreed to establish a ratings system that would serve as a guide for parents and trigger the V-chip. If your parents don′t want you to see particular shows or watch TV at certain times, they can activate the V-chip, preventing your TV from showing the scheduled programs.