The Tattler is the school newspaper at Ithaca High School in New York.  It has over a hundred year history and is student staffed and written.  A faculty adviser is assigned to the students who oversees publication and has the authority to censor inappropriate or offensive material.

In 2004, there were two occasions where the adviser had to step in as a censor.  An advertisement in the paper was pulled because it implied that a student was gay.  The adviser thought it would be harmful to the student.  In another issue, surveys in the paper regarding the performance of faculty and staff were censored.

In 2005, a cartoon was drawn for the Valentine Day’s edition of the paper.  It accompanied an article titled “How is sex being taught in our health classes?”  Health was a mandatory class for all students and the cartoon was a satirical commentary about the curriculum.  It depicted a teacher pointing at the chalkboard that showed eight stick figures in various sexual positions. The principal referred to the cartoon as “obscene and not suitable for immature audiences.”  The story ran with a blank box where the cartoon would have been.

In each instance the students took it upon themselves to publish the material in an underground newspaper that included the censored material.  The issues were prepared off-campus, paid for through fundraising efforts and had no connection to the school.

Although the student journalists graduated in June, 2005, they decided to challenge the censorship as a violation of the First Amendment.  They sued the school district* and as of 2010 continue their fight. The case is now before the Second Circuit Court of Appeals.  Win or lose at that court, the next and last stop is the U.S. Supreme Court.

The students claim in their suit that what was once a free and independent publication is now one with a high degree of prior restraint. They are challenging the school’s guidelines and seek the freedom to criticize school policies.  The attorney for the students recently stated that “If the court tells the students . . .that they had no legally protected right to satirize the ineffectiveness of a school policy — then the chill of intimidation that student journalists already feel when they bravely take up a critical pen against their elders will turn into a deep freeze.”

Other Supreme Court decisions are cited by both sides in support of their respective positions.  Tinker sets the standard for student expression requiring substantial disruption on campus before a school takes action.  Hazelwood addresses censorship of school-funded publications, and Morse governs student speech that encourages illegal drug use. 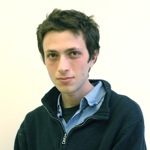 Update:  Since R.O., the plaintiff in this case finished high school in 2005, he went on to college and graduated from Cornell in 2009 with degrees in computer science and fine arts.  Now that R.O. is an adult, we can publish his name – Robert Ochshorn.  On May 18, 2011, the Second Circuit Court of Appeals upheld the school’s censorship. See the full story here: http://www.askthejudge.info/wp-admin/post.php?post=10088&action=edit&message=10

An appeal to the U.S. Supreme Court failed. On October 11, 2011 the Court declined to hear the case. That means the censorship by the school remains.