Is prayer allowed in public schools?

In 1989, two prayers were given by a rabbi at a Rhode Island middle school graduation ceremony. Fourteen-year-old Deborah* and her father objected to the prayers, but to no avail. School policy permitted principals to invite members of the clergy to offer prayers at graduation ceremonies. Here is one of the prayers Deborah and her father objected to:

O God,we are grateful to You for having endowed us with the capacity for learning which we have celebrated on this joyous commencement. Happy families give thanks for seeing their children achieve an important milestone. Send Your blessings upon the teachers and administrators who helped prepare them.
The graduates now need strength and guidance for the future; help them to understand that we are not complete with academic knowledge alone.We must each strive to fulfill what You require of us all: To do justly, to love mercy, to walk humbly.
We give thanks to You, Lord, for keeping us alive, sustaining us, and allowing us to reach this special, happy occasion. AMEN 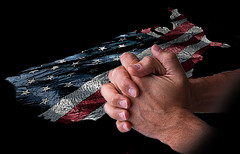 Deborah challenged the practice as a violation of the Establishment Clause of the First Amendment. The purpose of the Establishment Clause is to maintain a strict separation between church and state. In other words, any government policy or practice must be secular—there is to be no state-sponsored religious exercise. States, including public schools, may not advance or inhibit religion, endorse one religion over another, or endorse religion in general. As the U.S. Supreme Court stated in Lee v.Weisman (1992), “All creeds must be tolerated and none favored.”

“Religious beliefs and religious expression are too precious to be either proscribed or prescribed by the State.”
—U.S. Supreme Court (1992), Lee v. Weisman

Religions may be studied or compared with one another, but public schools may not single out one religion over others to teach or implement its practices. Likewise, public schools may not break for certain holy days over others. As a student, you may observe religious days, such as Yom Kippur, Rosh Hashanah, or Good Friday. These days off from school won′t be counted against you as unexcused absences. However, you must make up the work for those days, turn in assignments, and take any missed tests. 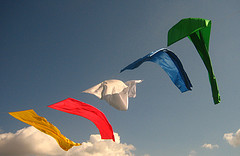 The government may not coerce anyone, including students, to support or participate in religious exercises. Nor is it the business of government or public schools to compose a prayer for any group to recite, or arrange for prayers at a function that students are required or obligated to attend.

Deborah succeeded in her challenge. Although her case was too late to change her middle school graduation, it did affect her high school ceremony. The law applies to every aspect of public school education—classes, assemblies, moments of prayerful silence, and Bible readings. A moment of silent meditation, without any religious overtone, is permissible. Private schools that don′t receive federal money don′t have these same restrictions.

Update:  The issue of prayer in school continues to be in the headlines. In January, 2011, a federal district court** lifted a ban on an Illinois law calling for a moment of silent reflection or silent prayer. The Silent Reflection and Student Prayer Act was passed in 2007 but was almost immediately stopped from being implemented until a legal challenge was decided. Now, the moment of silence has been restored and schools are including a 10 to 15 second period before the morning Pledge of Allegiance. One principal stated that “We will pause for a moment of silence to think about our day ahead.” The students may pray if they like or think about nothing at all. On October 3, 2011, the U.S. Supreme Court declined without comment to hear the case. This leaves the law in place and the ruling of the 7th Circuit Court of Appeals valid.

Regarding prayer at private or religious schools that don’t receive federal funding, the government has created what is called a “ministerial exception.” Federal law makes it illegal to discriminate based on disability, race, sex and age, but for the past forty years, courts have carved out exceptions for churches and church schools. The U.S. Supreme Court commented in a case in 1987*** that religious organizations must be “free to select their own leaders, define their own doctrines, resolve their own disputes, and run their own institutions.”

In 2018, the Blount County School District in Alabama put an end to broadcasting prayer over the stadium loudspeakers before sporting events. In September, a moment of silence at Hayden High School was followed by the football team taking the field with some carrying signs that read “In God We Trust.” Also leaflets were handed out with the Lord’s Prayer.