Passage of the 26th Amendment in 1971 granted 11 million Americans between the ages of 18 and 21 the right to vote. There has been some discussion in recent years of lowering the age to 16.

Lawmakers in New York City, Baltimore, Texas, Maine, Minnesota and California have proposed such a change, although with little success. In eighteen states minors can vote in their state’s primary if they are 17 and turn 18 before the general election in November. 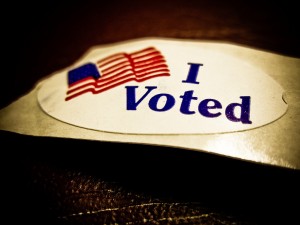 Those in favor argue that 17-year-olds can join the military with a parent’s consent and should likewise be entitled to cast a vote.  Many young people are interested in environmental and education issues as well as politics as evidenced by this year’s appeal to the youth vote by presidential candidates.

Opponents argue that few teens will actually vote based on statistics from past elections. In the 2004 presidential election, 18 to 24-year-olds had the lowest turnout by age [47%]. They further argue that 16 and 17-year-olds lack experience and maturity.

Several countries have led the way to a lower voting age. In 2007 Austria changed its age to 16, joining Brazil, Cuba and Nicaragua.

What do you think about this proposal? Do you feel that you should be allowed to vote when you turn 16 or 17? If yes, will you register to vote and go to the polls on election day? Far too many Americans fail to vote–will you be one of those or instead be an example for your elders to follow? For more information about voting take a look at:  www.rockthevote.org  and  www.declareyourself.com.