In March, 2010 Jessica Colotl was pulled over by campus police at Kennesaw State University in Georgia.  She received a ticket for impeding the flow of traffic.  The 21-year-old college student presented the officer an expired Mexican passport instead of a valid driver’s license.  She was arrested and later released on a $2500 bond.

Jessica is an undocumented resident brought to the United States by her parents at age 11.  She excelled academically in college and has two semesters to go before graduating.

The Immigration and Customs Enforcement [ICE] agency granted Jessica a one-year deferral on her deportation to allow her to finish college.  She may be able to obtain an extension next year.  Jessica is hopeful that proposed legislation known as the DREAM Act becomes law soon.  The Development, Relief and Education for Alien Minors Act would provide students without legal immigration status a path to become legal. The current bill is S. 729 introduced in March, 2009. 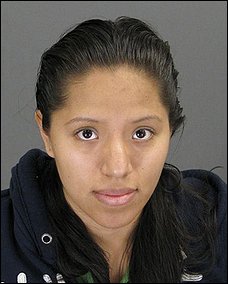 If passed, The DREAM Act could affect over 2 million young immigrants in the United States.  It was first introduced in Congress in 2001.  The present bill is limited to children who entered the U.S. before age 16 and have been in the country continuously for the past five years.  The applicant must also have a high school diploma or GED and be younger than 35.

If those requirements are met, immigrants would be allowed to stay in the U.S. for an additional six years. At the end of that period, he or she could apply for lawful permanent residence if they obtain a college degree, complete at least two years of college, or honorably serve in the military for at least two years. Without federal legislation, undocumented students cannot obtain student loans, unless specifically authorized under state law, cannot obtain a driver’s license and are unabvle to work legally.

There are several cases making their way through the legal system where students who have graduated from law school and passed the state’s bar examination are being prohibited to practice law due to their immigration status. Cases in California, Florida and New York may shed some light on this predicament in 2012.

You can track any bill introduced in Congress at the GovTrack.us. You will receive alerts when action is taken on the bill you’re tracking.

Update:  In December, 2010, the DREAM Act failed in the U.S. Senate by five votes. Sponsors of the bill will try again in the next Congress. Democratic Senator Barbara Boxer of California said “This country has a history of opening its arms. Today its arms were closed, but we’re going to get there.” In June, 2011, the Senate reintroduced the bill in an effort to pass it as soon as possible.

At his first commencement address of the year, President Obama told 3,000 graduates at Miami Dade College on April 29. 2011 that he would keep working toward passage of the DREAM Act. “Some were brought here as young children and discovered the truth only as adults,” he said. “They put their futures on the line in hopes they will spur the rest of us to live up to our most cherished values.” He further stated that he could not act alone but needed Congress to change the law.

On August 18, 2011, the Obama administration announced that it was suspending deportation proceedings of illegal immigrants who pose no threat to national security or public safety. This includes students brought to the U.S. by their parents when children. See here for the full story:  http://www.nytimes.com/2011/08/19/us/19immig.html?_r=1&nl=todaysheadlines&emc=tha2

In 2011, Governor Jerry Brown signed the first part of the California Dream Act. Under current law,  students who have graduated from a California high school and can show that they are on a path to legalize their immigration status, are allowed to pay resident tuition rates for college. The new law allows them to apply for state-funded scholarships and aid at state universities as well as private scholarships and loans. Governor Brown commented that “The Dream Act benefits us all by giving top students a chance to improve their lives and the lives of all of us.” Starting in 2013, illegal students will be allowed to serve in any capacity in student government. In 2012, the president signed an executive order granting DREAMERs a two-year reprieve from deportation, renewable every two years. Designated as the Deferred Action for Childhood Arrivals (DACA), the order brought temporary relief to those affected.

What do you think of children brought to this country who are undocumented due to no fault of their own?  They grow up here and attend college only to face deportation once their illegal status is discovered.  Should they be given a chance to become citizens without facing deportation first?  What benefit would there be in deporting a teenager or twentysomething to a country where he or she has never lived or even been to?  On the other hand, why have laws that are flaunted by illegal entry into the country?  Shouldn’t there be a consequence to violating a country’s immigration laws?  If so, what should the penalty be?  Is there a middle ground in this national debate?