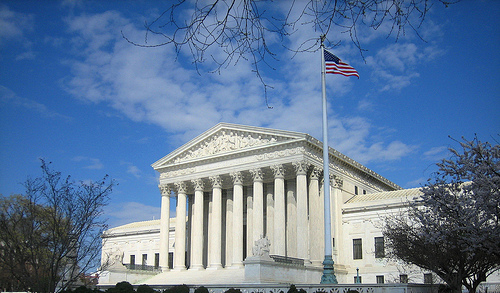 Every summer the U.S. Supreme Court sponsors a six-day program for social studies teachers.  The Summer Institute for Teachers began in 1995.  The program introduces the 30 participants from across the country to a variety of topics relating to the judicial branch of government.

Many schools barely touch on the court system and laws and cases that apply to all of us.  Decisions from the highest court in the land affect teenagers and adults alike.  One of the first student rights cases the Court ruled on was Tinker v. Des Moines in 1969.  Since then hundreds of cases have cited Tinker as the standard by which student expression is measured.  Issues the Court will be considering in the future include student free speech on the Internet, on and off campus.

One of this year’s participants was Bruce Buckle, an Advanced Placement government teacher from Pennsylvania.  He explained his involvement in the Institute this way:  “. . .a good teacher always tries to sit on the other side of the desk from time to time.”

In addition to classes, the teachers toured the Supreme Court building and met with some of the clerks who work directly with the nine justices.  They also attended a court session where the justices handed down their decisions in cases involving the war on terrorism and biotech agriculture. 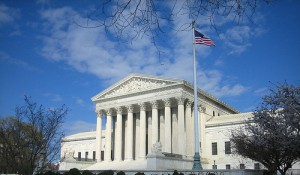 The teachers had time to explore the public areas of the Court building that was built in the 1930s.  Some visited the gift shop where they bought Supreme Court pencils for their students.

To learn more about the Supreme Court visit their website at:  www.supremecourt.gov