Trying an 8-year-old as an adult? 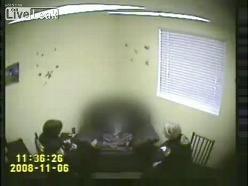 In November, 2008, an 8-year-old third grader in St. Johns, Arizona allegedly shot and killed his father and a family friend. Initial reports and a statement by the boy to the police indicate that this may not have been an accidental shooting, but a planned, deliberate act.

There were legal issues with the state’s case since a lengthy interview by two female officers was done without a parent, guardian or attorney present and without giving the boy his Miranda warnings after he made certain admissions in response to the officers’  questions.

Christian Romero’s father, Vincent Romero was 29, and the friend, Tim Romans who lived with them was 39.  Mr. Romero was a hunter and taught his son how to shoot a rifle. There were reportedly no discipline problems at school or referrals to Child Protective Services. The boy remained in custody for several months and went through psychological evaluations. No motive has been disclosed.

Christian was charged with two counts of murder. The police were pushing to have him tried as an adult. Under Arizona law he could have been transferred to adult court and face life in prison as the maximum penalty. Since he is under 18, he is not eligible for the death penalty.

However, if he remains in the juvenile system, he faces incarceration and/or placement in a residential treatment facility until his 18th birthday if he’s found responsible for these deaths.

It is rare for a child this age to be sentenced to a lengthy prison term. But there have been cases where kids a few years older have been given life sentences for acts committed while a child. Nathaniel Tate was convicted of murder in Florida and sentenced to life in prison when he was 12-years-old. The decision was later reversed but not because of the sentence imposed (2003).  In 1999, an 11-year-old boy was tried for murder as an adult in Michigan and sentenced to the state’s Boys Training School until age 21.

Each state has its own laws regarding criminal responsibility and the offenses and ages that courts must consider in applying the laws. 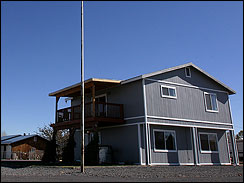 Update: In February, 2009, Christian [now 9-years-old] admitted in court that he caused the death of Mr. Robbins. He pled guilty to negligent homicide and the charge regarding his father was dismissed. Christian  will be sentenced by the juvenile court. He now faces incarceration until he’s 18, intensive counseling, or placement in a residential treatment facility. In January, 2010, Christian was sentenced to intensive probation until age 18, and placement in a residential treatment facility. A court could release him before his 18th birthday.

In March, 2012, Christian was charged with viilating his probation by threatening to kill his roommate and therapist, and damaging property at the treatment center. The charges were dismissed for procedural reasons but may be refiled according to his probation officer.

Find out more about juveniles in jail.

A similar case: In 2010, a ten-year-old boy in California, fatally shot his sleeping father to death. He went on trial in juvenile court in November, 2012. His defense claims that the violence he grew up with contributed to his actions. His father was a leader in a neo-Nazi group. The state is arguing that the boy’s motive spang from a history of domestic violence. If found guilty of the crime, he will remain in the juvenile system as determined by the sentencing judge.