Tweeting leads to arrest of 12-year-old 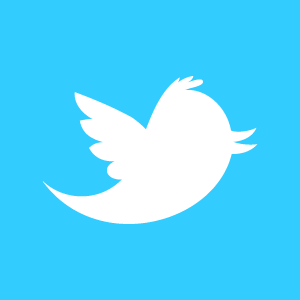 Arkansas, like many states, has criminalized bullying online. Cyberbullying is a misdemeanor punishable by up to 90 days in jail and/or a $500 fine. School districts have included cyberbullying in their policies with some allowing discipline when students harass someone online from an off-campus location.

Bentonville High School has such a policy that is currently being tested. On January 25, 2012, the Bentonville police arrested a 12-year-old student whose Twitter name was “@Freezebook.” His actual name was not disclosed since he’s a minor.

“Freezebook” is facing four counts of harassing communications. Most states have not created a new crime called “cyberbullying.” It is the acts of the cyberbully that constitute a crime. For example, a bully can be charged with harassment, intimidation, threats or stalking. These crimes are already on the books in every state. In this case, Freezebook’s “violent, racist, homophobic  and sexually explicit Twitter updates targeting Bentonville High School students” fit under the state’s harassment laws. As such, his posts constitute an arrestable offense. The investigation continues.

A few days later, the same police department arrested three girls, 16 and 17 years-old for Twitter bullying of other students. Their hateful statements resulted in citations to appear in court. One victim missed three days of school due to low self esteem from the messages.

Shortly after this incident in Arkansas, four students at two Indiana high schools were caught tweeting sexual and racial comments about fellow students and a basketball coach. Two of the students used school equipment during class to create the fake Twitter accounts. They have been suspended and two are being considered for expulsion. A district spokesperson said that the Acceptable Use Policy is in every Student Handbook and that using school property to create the Twitter accounts violated the policy.

In July, 2012, a police investigation began regarding students at Worthington High School in Minnesota. Several students and recent graduates of the school have reportedly tweeted over ninety times about classmates. The messages were referred to as sexually explicit, derogatory and “simply untrue.” Possible charges include terroristic threats, harassment and libel according to local law enforcement. The school may also take action against the students although they will be challenged on the issue of school being out and the tweets occurring off-campus.

In another incident, 19-year-old William Koberna of Ohio was arrested in July, 2012, after tweeting a profanity-laced message to Kent State University and its president. He was charged with inducing a panic and aggravated menacing and was required to post a $50,000 bond in order to be released pending further proceedings. He wrote that he was “going to shoot up the campus.” Upon release, the computer science student will be monitored with an electronic bracelet and is prohibited from any contact with the president of the university.

A survey conducted in July, 2011, by the Pew Internet and American Life Project found that 16% of young people, ages 12 to 17, said they used Twitter. That was double the percent from a survey in 2009.

Regardless of the means of communication, if you cross the line into someone else’s space, you may have committed a crime. When a victim is harmed by someone’s speech, the method of delivery matters little. Bottom line, think before you send.