When will Congress act on gun control? 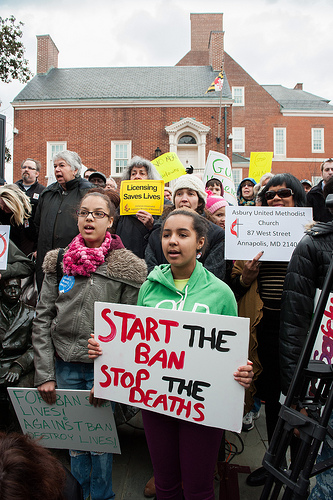 Since the massacre of December 14, 2012, in Newtown, Connecticut,  there have been dozens of incidents of school violence involving young students who became the victims of homicide. At Sandy Hook Elementary School, twenty first-graders (ages six and seven) and six adults were shot and killed by twenty-year-old Adam Lanza. Schools across the country have zero-tolerance policies regarding weapons and drugs on campus. Congress also has a zero-tolerance policy against any form of gun control including universal background checks, a ban on assault rifles and the size of magazines for reloading these weapons. Congress has taken no action since Sandy Hook to curb the gun violence in our communities. 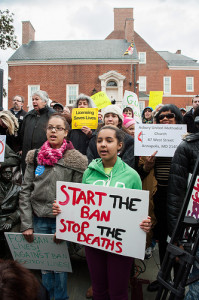 The number of school shootings since Sandy Hook in 2012 is growing at a rapid pace. The most recent on June 10, 2014 involved a 15-year-old student at Reynolds High School in Oregon who shot and killed 14-year-old classmate, Emilio Hoffman, and wounded a teacher. He then turned the gun on himself. Jared Padgett came to school with an AR-15 type rifle, a semi-automatic handgun, a knife and nine loaded magazines of ammunition. He rode the bus to school in the morning carrying his arsenal of weapons in a guitar case.

One week earlier, a student at a college in Washington killed another student and wounded two others. President Obama commented that “Our levels of gun violence are off the charts. There’s no advanced, developed country on Earth that would put up with this.”

Is it conceivable that the only way Congress will take action is when a child of a Congressman becomes a victim of gun violence? Would that be enough to weaken the hold the National Rifle Association (NRA) has on Congress and other  politicians? Would  Representatives and Senators be willing to forfeit campaign contributions from the NRA to do the right thing and protect our children? Only time will tell, but in the meantime students remain at risk of reaching adulthood and the chance to run for Congress themselves.

“One useless man is a shame, two is a law firm, and three or more is a congress.” (attributed to John Adams)