Who has the right to discipline me?

“If you touch me, I′ll call the police!”

In the heat of an argument, you may say things like this to a parent, stepparent, guardian, or teacher. Who has the right to discipline you?

The law gives your parents control over your life until you become an adult. In fact, the U.S. Supreme Court has stated that the custody, care, and nurturance of a child belong first to the parents, and that it′s their duty to prepare you for independence. This means that your parents can decide:

• what school you′ll go to
• when you′ll be able to drive
• what religion (if any) to raise you in
• when you can get a job
• if you can marry before you′re eighteen.

Try these ideas for talking with your parents:

Your parents or guardians, however, are not free to discipline you beyond reason. Every state has child protection laws and an agency to investigate abused, neglected, and abandoned children. If Child Protective Services (CPS) determines that the discipline or punishment you receive is excessive or harmful, whether physically, sexually, or emotionally, they may remove you from your home to a safer environment.

Strict “rules of the house,” or what you may consider harsh punishment, isn′t sufficient for CPS or the police to get involved. The government may not interfere with the duties of a parent to raise a child unless abuse has occurred or the threat of abuse or neglect exists. 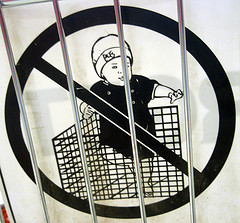 Abuse and neglect are specifically defined by state law. Abuse may include physical, sexual, and emotional harm. Neglect may mean physical, emotional, or educational deprivation. Emotional neglect by a parent isn′t easy to pin down or prove. Not all states recognize emotional harm to a child or teenager as requiring action or intervention.

Typical symptoms of emotional harm include poor performance at school, depression, and antisocial or destructive behavior.

In a 1992 case, a ten-year-old child in Iowa was removed from her mother′s home. Following her parents′ divorce, she became depressed and developed an eating disorder. Her mother provoked the child′s adverse feelings against her father and encouraged her to eat in order to cope with her stress. At one point, the 5’3″ girl weighed 290 pounds. The court considered this a form of emotional abuse and placed her in a residential treatment program.

Although emotional neglect is difficult to define, a California court stated in 1993 that “persons of common intelligence would not have to guess whether someone was maltreating their child to the point of causing severe emotional harm.”
The bottom line, however, is that you′re required to follow the rules set by your parents. If there′s a disagreement about driving or your curfew, for example, talk about it with your parents.

Ask them to sit down with you and calmly discuss the situation. Maybe you can reach a compromise. If not, you′ll still feel better for getting your feelings out in the open.

While you′re at school, teachers and other school staff take the place of your parents. Misconduct will result in some form of disciplinary action—detention time, extra assignments, or lost privileges. In extreme cases, suspension or expulsion may occur. School policy may also permit paddling or spanking, which the U.S. Supreme Court has determined is not cruel and unusual punishment under the Eighth Amendment. School districts vary in the use of corporal punishment to discipline students.

In 1989, the U.S. Supreme Court ruled that the government does not have a constitutional duty to protect children from their parents. Four-year-old Joshua DeShaney was physically abused at home by his father, suffering brain damage and permanent paralysis. His father was convicted and sent to prison. You can read about Joshua in “Teens Take It To Court [Young People Who Challenged the Law and Changed Your Life] by Free Spirit Publishing (2006) at www.freespirit.com.

Bringing Up Parents: The Teenager′s Handbook by Alex J. Packer, Ph.D. (Free Spirit Publishing, 1992). Straight talk and specific suggestions for getting along with parents, having fewer fights, and gaining more respect and freedom.