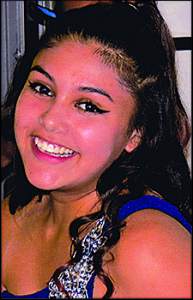 Few details are available at this point, but reports from Pueblo, Colorado, indicate that a thirteen year-old girl who had been cyberbullied took her life on January 20, 2017. Ariana Renee DeHerrera reportedly received a Facebook message telling her that “Yeah you should die you are a waste of space.” It may have come from a fake account and the investigation into the responsible person continues.

Ariana’s friends commented that Ariana knew how to put a smile on someone’s face. Her best friend, Fayth, stated that “If anyone was ever hurt or crying, she would always make then feel better.” Unfortunately, Ariana’s pain and suffering took over and led her to this tragedy. Our condolences to her family and friends.

Although not blind to life’s challenges and the reality of taking what seems to be an easy way out of the darkness, we hope this article doesn’t call for additional names as 2017 goes on.

Update:  We regret to report another incident of bullying-inspired suicide. This time, it involved a 12-year-old girl from New Jersey. Mallory Rose Grossman was a middle school student who was a cheerleader and gymnast. She loved the outdoors, and her family of two sisters, a brother and her parents. Reportedly, she was bullied on SnapChat and ended her life on June 14, 2017.

Photo of Ariana Renee DeHerrera via the Pueblo Chieftain