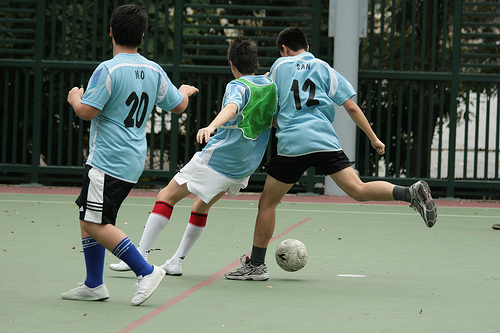 Central Falls High School is in Rhode Island. Their soccer team had an away game at Coventry High School. While there, the players used the locker room of Coventry’s football team. After the match, some of Coventry’s football players accused members of the soccer team of stealing iPods and cell phones from the locker room. The Central Falls team was predominantly Hispanic while Coventry High School is mainly white.

The bus was surrounded by students yelling racial and ethnic slurs. They demanded that the bus and players be searched. Their coach boarded the bus and conducted a search of his players. Nothing was found. But this didn’t satisfy the crowd. When the police arrived, the coach was asked if his players would consent to another search. Knowing they had nothing to hide, he consented. The police patted down a few players and searched each of their bags. None of the reported iPods or phones were found. The police then escorted the bus out of town.

The players and their parents sued the Town of Coventry and the participating police officers.  They alleged a violation of the Fourth Amendment and its guaranty of protection from unreasonable searches. They also claimed that the coach didn’t have the authority to consent to the search of the students. Before the lawsuit was filed, heated exchanges erupted in the two communities about racial profiling by the police. 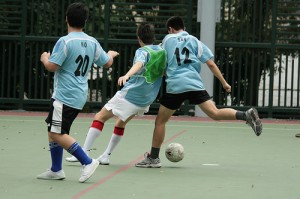 A federal court* ruled that the coach was acting in loco-parentis (in the place of the parents) while on the school trip. In other words, in the absence of the parents, the coach was temporarily in their shoes and could make decisions on behalf of each player. The coach was acting in the best interests of his players. Instead of refusing to cooperate with the police, the search was conducted and the team left for home. The court further held that the coach wasn’t coerced into consenting and that the police reasonably believed that he had the authority to consent to the search.

This incident happened in September, 2006. A final decision was reached in April, 2011. It is not unusual for civil cases in both state and federal courts to take years to resolve. That is one reason a good number of cases are settled out of court without going to trial or appealed throughout the legal system.

Do you know what “racial profiling” is? Have you heard of it or experienced it in your community? The act is one where action is taken against another person on the basis of appearance only. In other words, without any reasonable suspicion of unlawful behavior or observations of criminal activity, someone is stopped by the police, detained and questioned. It may be based solely on the color of the person’s skin with nothing more. The practice is illegal as discriminatory.

Click here to read more about this case and the court’s decision.