Judge Tom
News Videos, You and Your Body
79

What can I do if I′m being abused or neglected?

Source: Department of Health and Human Services report of December, 2013.

• physical (acts that cause physical injury)
• sexual (sexual activity that provides gratification or financial benefit to the perpetrator, or the person committing the abuse, such as sexual conduct, prostitution, pornography, or sexual exploitation), or
• emotional (acts or omissions that cause mental disorders in a child).

Neglect may be:
• physical (including abandonment and/or failure to provide supervision, health care, adequate food,* clothing, or shelter)
• emotional (including inadequate nurturance, or a disregard for a child′s emotional or developmental needs), or
• educational (including permitting chronic truancy, failing to comply with student attendance laws or otherwise disregarding the child′s educational needs). 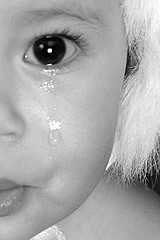 Child abuse and neglect are against the law. If you witness or hear about an incident of abuse or neglect, you should report it to the police or Child Protective Services (CPS). Every state has mandatory reporting laws spelling out the legal obligations of teachers, doctors, social workers, and anyone responsible for children. An adult who fails to report suspected abuse or neglect of a child has violated the law.

CPS is an agency of state government charged with the duty to investigate abuse, neglect, and abandonment cases. In most states, CPS provides services to families to help them to solve their problems and stay together.

For example, parents may discipline their child, but if the punishments are excessive, leaving welts or bruises, the police and courts may get involved to protect the child. If a child is removed from the home and placed in foster care, services are offered to assist in reuniting the family. If the parents are unsuccessful in their efforts, or if they refuse to cooperate, the child may stay with relatives or remain in foster care or an adoptive home.

If you′re in danger, or you know someone who′s injured or has been abused at home, tell someone you trust.  A teacher, school nurse, or police officer will be able to offer assistance. If a friend tells you that he or she has been sexually molested, tell a responsible adult. Here is an informative article by Assistant New York District Attorney Jill Starishevsky who has prosecuted hundreds of sex offenders and has dedicated her career to protecting children. “10 Reasons NOT to Discuss Child Sexual Abuse in 2012” will open your eyes to reality and answers all of the excuses parents use NOT to discuss this with their children.

You′re protected under the law when reporting suspected abuse or neglect. As long as you′re truthful in reporting, the law protects you from being sued. You may also report anonymously (without giving your name), although identifying yourself might help the investigation.  If you’re in danger of being abused or neglected or you know someone who is, you can call anytime of day or night the following:

A recent concern regarding childrens’ health are those who are obese. Read here for a view about taking custody of kids at risk due to their weight: “Should Parents Lose Custody of Super Obese Kids?”  http://yourlife.usatoday.com/parenting-family/story/2011/07/Should-parents-lose-custody-of-super-obese-kids/49320358/1

In October, 2011, an 8-year-old child was removed from his home in Ohio. The mother of the 200 pound third-grader was accused of not doing enough to control his weight. Government growth charts say most boys his age weigh around 60 pounds. The state agency reported that attempts over 20 months to work with the family failed and that the removal was based on medical neglect. It was approved by a judge. Sleep apnea and an increased risk of diabetes and high blood pressure were concerns in the decision in this case. Names of the mother and child were not disclosed. Update: In May, 2012, the boy was returned home after losing fifty pounds. He was given a free gym membership, exercise equipment and a new scale. It’s up to his family to help him keep the weight off.